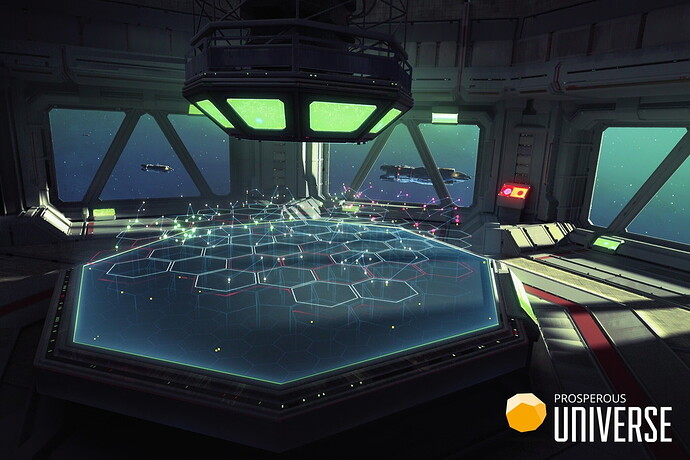 The APEX update will be released on Thursday February 10th 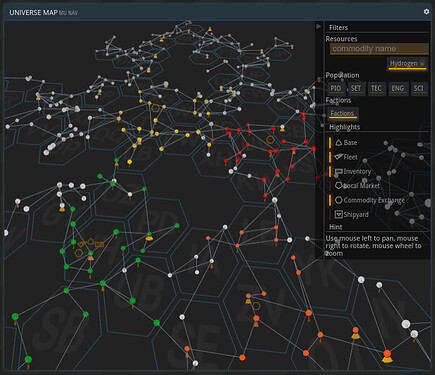 20220202696×600 116 KB
The improved maps offer a new filter mechanism that allows filtering for resource deposits and populations.
The highlight section in the settings allows to select from a range of items (like fleet, bases, but also public infrastructure) that are then being displayed as icons on the map.
The maps have been integrated into the mobile UI. 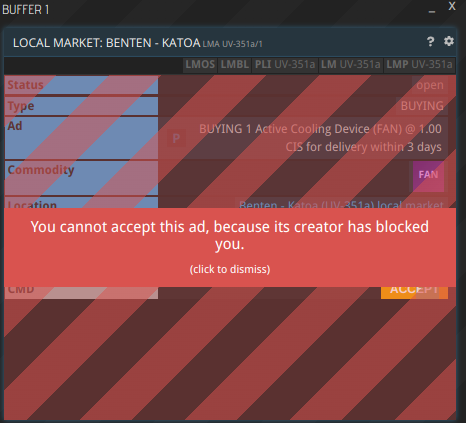 You can now block specific players (via their USR command) from accepting your Local Market ads. If you want to unblock them again, you can do so via the new LMBL command. 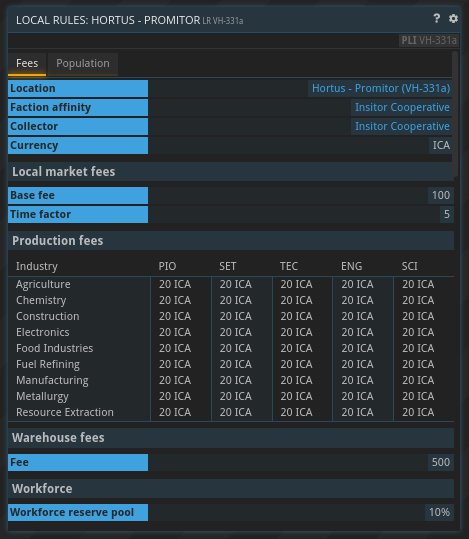 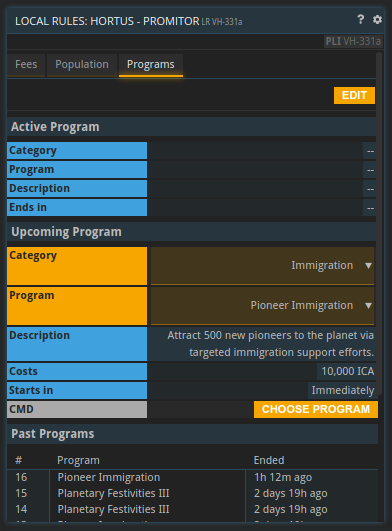 All programs, except the immigration ones, will have three different versions with increasingly strong effects. Programs do not require any materials, only cash. The costs depend on a basis factor and population factor that scales linearly.

Are there any more details on the newly added recipes? 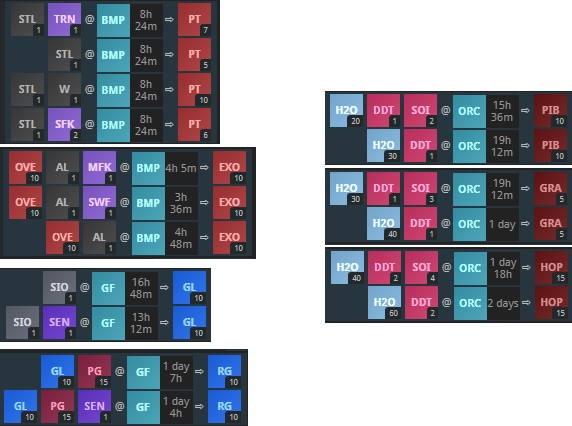 Did you also made it possible to lower warehouse fees on non faction planets to 0 ?

Yes, governors can reduce the fees to zero on non-faction planets from now on.

is it this one

No, this is not the Politics update.

I don’t see that Tungsten recipe getting much use. The AML cost of producing W is so very steep. With the current break-even of W in Moria (at 100% efficiency mind you) is 4.64k per unit. If you value the AML profit (as you should), a more conservative price for W would be between 8 and 9.2k. PT being ~ 325 means that the BMP recipe to produce PT is inherently a huge loss.

This is a lot more than I expected a while ago - happy to see a lot of things got included as part of this update. Progress!

SUPER happy about being able to sort inventories by CAT.

Would love to see the ability for CX order sorting.

The new color scheme looks fancy but I have a slight color deficiency and the previous scheme was more recognizable.

Some thoughts on the new map & features.

Proposal: decrease the transparency of the element 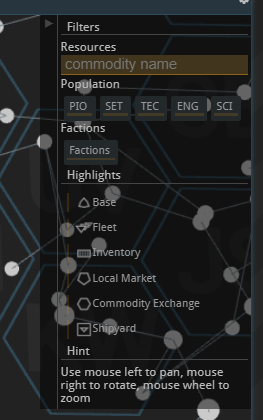 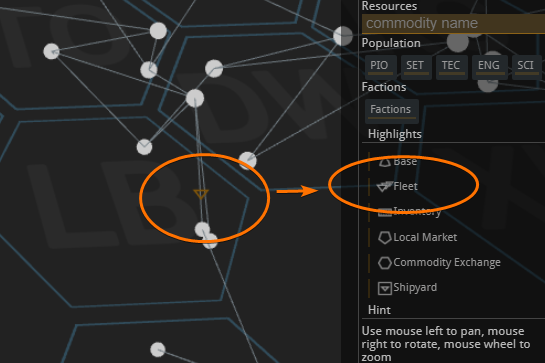 2b) These ship icons override the population graph if you have a ship in that system. My ship is in the Moria system, which should have an enormous graph. It’s hidden. This applies to all filters you can apply (resources, population, etc). 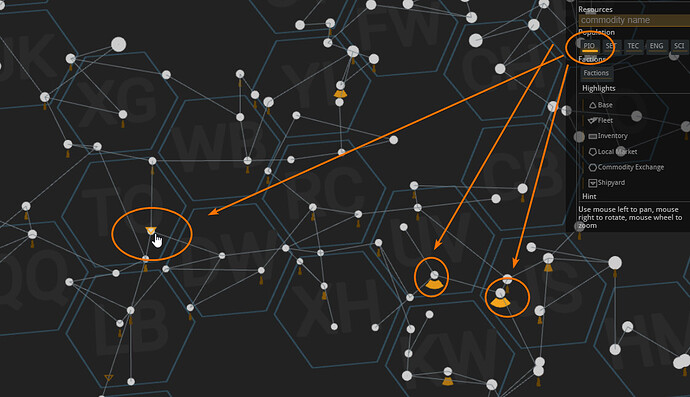 2c) These ship icons also disable the “hover to quick view” functionality of viewing a system. 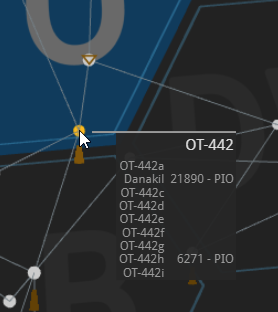 2d) You can no longer remove other people’s ships (system traffic) from the local system map. I love the new aesthetic of the local map though. It looks great! 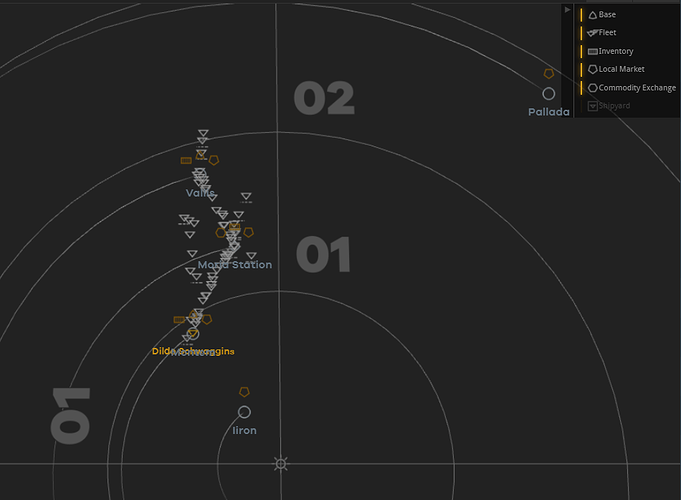 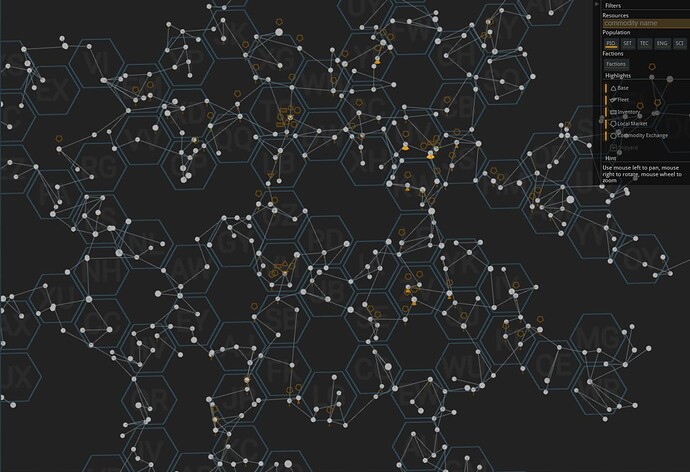 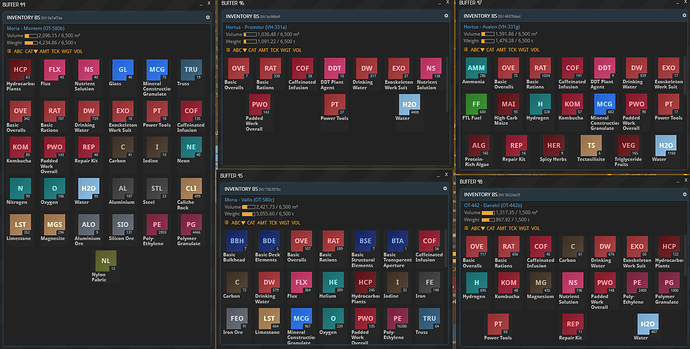 Adding to the above issues, 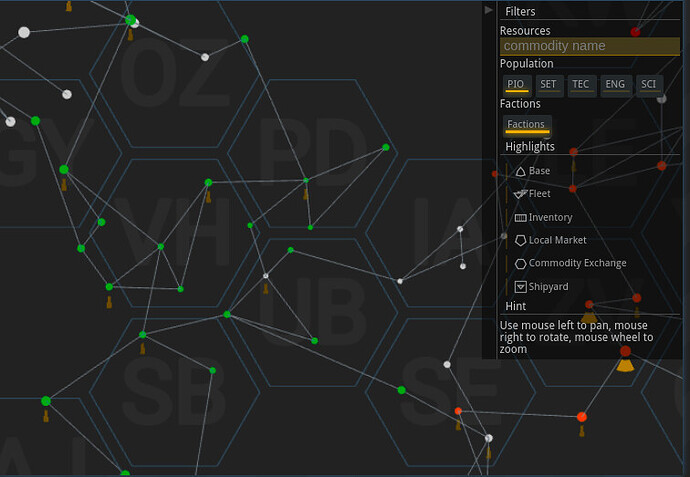 LOVE the new color scheme! I was getting ready to complain about the ‘too many shades of grey’ which almost seemed unfinished.

Why is it that us PC guys and gals don’t get this slider option? Moving mats in this game is a REAL pain in the butt. A slider feature would make this a whole lot easier. But for some reason you think that the phone version needs it, but not the PC version?

oh, can we get a Move All button? If I have 20 different things on my ship, I need to move each one individually, when I should just have an “Unload All” button. Ease of life options are a real thing

Thank you all for your bug reports, feedback and suggestions.

We are currently looking into these issues!

We have been able to fix a few things already:

+1 on the color issues. I am only mildly red/green color blind and I can barely tell the difference between a lot of these. Anyone with a more severe case is likely struggling

No idea if this has been mentioned in a previous patch or somewhere else, but has there been thought to making electrolysis a thing? Oxygen and hydrogen both have a lot of uses so if there was a way to harvest them from water that cool be interesting. I don’t know if that messes with balance but I am curious if it is being considered.

I love the aesthetics of the new system map, but when my mouse hovers over an icon, or the name of a planet on the system map, scrolling up or down on my trackpad doesn’t change the zoom level. This can make it a little bit hard to zoom in and out at times. Could this be fixed?

In the current game state it’s unlikely. And yes it’s been mentioned

It’s probably best implemented if an electricity mechanic were introduced into the game. The idea of which has been toyed with, but as of now it’s in the “conceptual” phase far down the road AFAIK.