BS-788c - starter planet 2 jumps from Promitor. Has good amount of CLI. Bit of SIO, and tiny amount of NE

QQ-645b - Potential future ALO site for Moria, 4 jumps out. Needs SEA but has bit of water.

Surprised Hortus-G didn’t make the vote as well as ZV-194a (LST SEA planet near ANT, some calling it Invidia). But I guess ANT already got one in

Thanks for letting me know about the typo on QJ-149c, I couldn’t read my own handwriting lol. It looks like BS-788c is winning as of now. Please list some other potential names for this planet and then we will have a final poll for naming this planet. Right now I see “Dawn” and “Twilight” suggested. Any other names out there?

Would have loved to see Apothecary be on a T1 or T2 planet, maybe like LS-300c (HAL and MGS locally? keeps the thematic)

As the pioneer on XH-549b I disagree with the proposals, Vallis is not a valid reference, XH-594b is a benchmark for Vallis… As the inofficial governour I am so afraid that I have a set of ideas:

P.S.: XH-549b is a very good starting place, with or without name

So Neon means New, so if not renamed XK-590d, BS-788c could be ‘Nova’,
Caliche means Lime
Silica means Flint…

Nova Honshu? Nova because as McCowen said, Honshu because Japan is often associated with Neon Lights. Might be nice to get some more variety to our cultural pool of planet names? 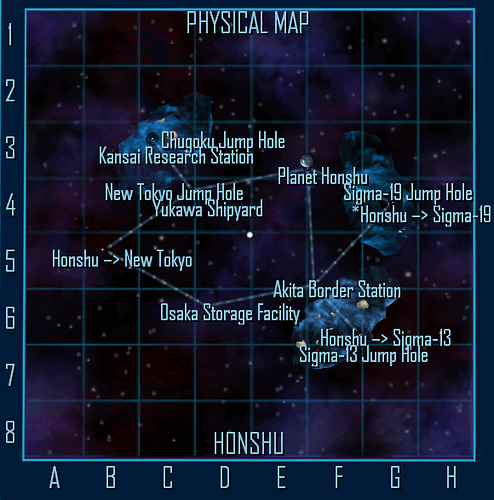 Why not point out the connection by naming it Phobos?

Thanks for all the suggestions! Here is the final poll for naming BS-788c:

I’m not sure Apothecary has been suggested, but its already taken by a planet called Apothecary…

Maybe I misunderstood a player’s comment, but it seemed like it was a suggestion. Doesn’t look like people are showing much interest in the name at the moment anyway.

yea my bad, it is currently named somewhere but would suggest to move it

Looks like we have a winner! BS-788c will now be called Nova Honshu! Thanks again for participating and we will do this again very soon

So, who is credited as the player naming? The Community?

The first one goes to Bobemor, since he started the whole project 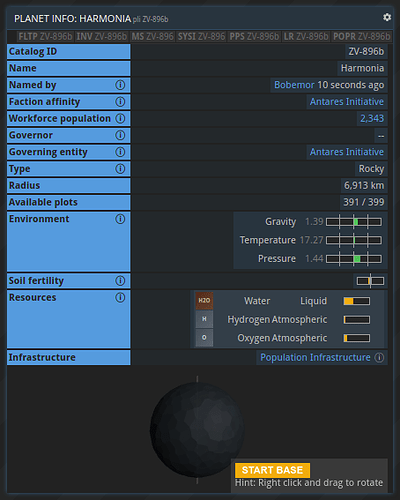 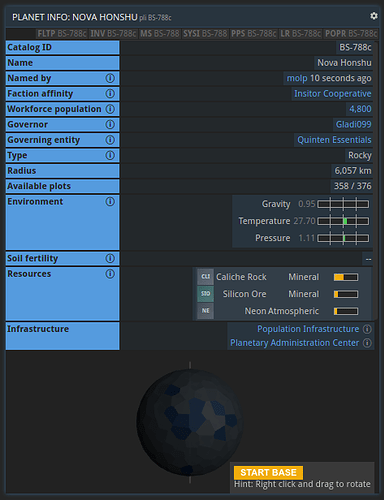 The planets have been named!