The Problem with Plots

Right now there is a big problem - Promitor is about to be overrun by an ad campaign that attracted settlers from the foreign land of Youtubia! 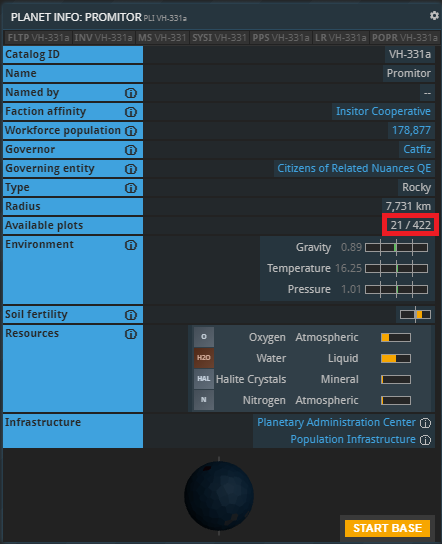 What happens if we do nothing?

Promitor is down to 21 free base slots, and I expect that in less than 24 hours there will be zero. Fortunately, many other starter planets such as Katoa, Proxion, Montem and other still have hundreds of plots left. New players will have options of where to start, but we are also just 1 or 2 ad campaigns away from planets like Katoa and Montem filling up as well. At this point the alternatives will start to look mighty unappealing. Just how many players can settle planets like Umbra or Prism before the Hydrogen and Helium market crashes? Do we really want to force new players to settle second rate planets 3-4 jumps away from the CX?

What did we do last time?

In the previous universe, the exact same problem occurred with the influx of the PC gamer crowd, and was solved by the devs by increasing the number of available plots on the CX worlds (Promitor, Katoa, Montem) to accommodate the PC Gamer crowd.

What will come next?

Keep in mind that we are currently only a few weeks into this new universe. There is also a potential crisis of epic proportions looming on the horizon - in the coming months, I expect many players will begin to reach for the stars and build their second base. Many of these players will choose other starter planets as their second and third bases. It is all but inevitable that many of the best planets, especially those in faction space, will be settled completely and the available space will dwindle to zero.

There are basically two scenarios that I can foresee unfolding:

Plots outside of the starter planets will likely not matter for a very long time, and if they do we will already have gone through multiple growth surges that have filled the best starter planets, with the devs increasing their capacity each time.

At the end of the day, I think we need a much more radical solution to this problem - I propose that we abolish the plot system. It should be removed entirely, as I don’t think it is serving the intended purpose. The game needs to be able to scale organically, and this artificial mechanic just breaks the game every time we hit it. I think it is time to decide that the experiment with this feature is over and remove it from the game.

I’ve yet to see any purpose to the plot system. I’m only aware of one time a starter planet hit the limit in the past, also from an influx of players on Promitor from ad campaign, and afaik the response was to just increase the plot limit. If they serve some future purpose that isn’t implemented yet, perhaps just make the limit very high for the time being so this isn’t something that comes up again.

easy to count how many ppl are on a planet!
Also shotgunning plots at axis is the best kind of pvp

Having any limits on the starting planets would mean that we will have 2k of players doing the same. They would end in a hard competition.

But this version of the universe has a lot of good starting places next and between the 3-4 old worlds.

A better solution would be to give an access to the current state of the universe… list all tier 1 planets with at least 1, 10 or 100 bases to give total new players an overview of where something is possible, where it is easier and where not… then let them chose where to start with basic information also how to leave this starting place.

I agree with this last suggestion:

As a new player, the choice of planet is not yet as clear as for “common players”. I think the planets need a much better “introduction”. Maybe even a list and a coloured hint for “good spots” (number of jumps to CX, local market?, suitable for farming?)

In the near future, besides the “classic starter planets”, maybe corporations could “advertise planets” for new players? Funky colourful ads “COME TO xxxx”, and maybe even offer a bonus starter package (which could of course be limited in some kind…). By this, new players could serve a more important role even in an advanced universe, and there would maybe some kind of competition for them

As for the plots: i think there is no need for “slots” in the big picture (we are talking about several thousands of inhabitants, earth can sustain billions without many people even meeting).

Maybe it would be possible to limit “new players during the last x days” so that the new players are forced a little to distribute? Maybe not even “number of players” but lock a planet if more than, say, 10/20/50 % of players (depending on number of “starter planets”) during the last 7 days settled there?

At the end of the day, I think we need a much more radical solution to this problem - I propose that we abolish the plot system. It should be removed entirely, as I don’t think it is serving the intended purpose. The game needs to be able to scale organically, and this artificial mechanic just breaks the game every time we hit it. I think it is time to decide that the experiment with this feature is over and remove it from the game.

While I would very much like to hear what he purpose of the plot system is, since I agreed with the idea that it should be abolished in the last universe, the devs gave their plan to deal with this.

The two parts to it are cleaning up inactive players and making more worlds worth settling by putting the CXs in orbit. I suspect that there aren’t actually 400 active players on Prom, which means things should get better soon.

Also, if Prom isn’t the most active CX – and the reports I’ve read say it isn’t – then players starting on Prom could very well be hurting themselves. Encouraging people to settle elsewhere is probably a good thing. 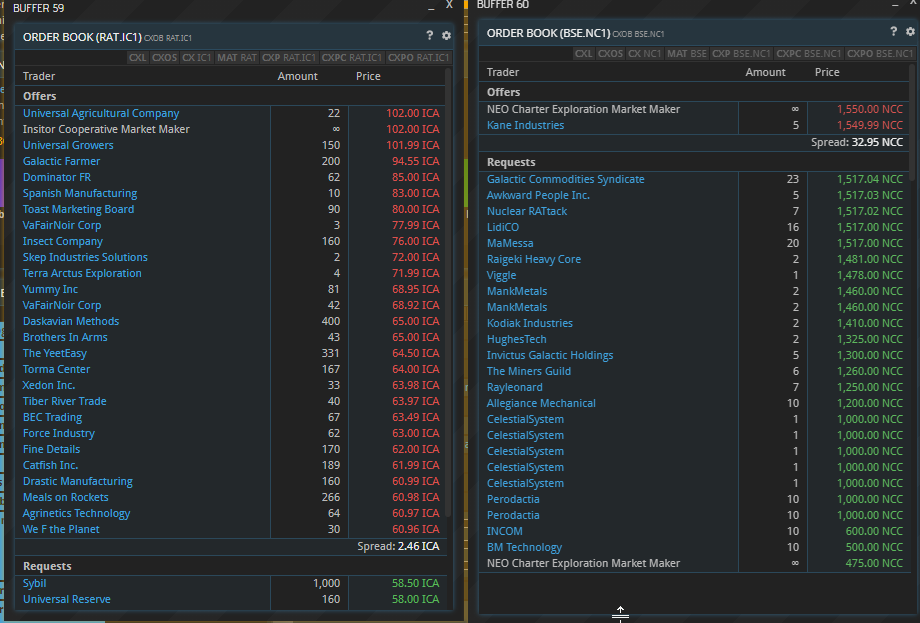