The Populous release will be released on September 2nd 2020!

Witness the evolution of your populous. Gone are the days of mindless laboring drones. Workers will need to be taken care of as life in space is particularly demanding. A new order has been passed so that a planet’s population is distributed among each base in correlation to their production needs. Planetary infrastructure projects are now available which improve the livelihood of workers and attract more settlers to appealing planets. Governors can exercise their power to control the upkeep of these projects as populations grow and shrink. 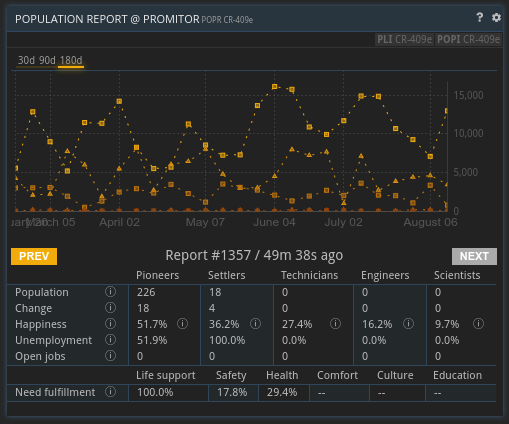 Planets now host a planetary population that can grow and decline depending on various factors. Your local workforce is recruited from that population and gets assigned every week. The new population report shows the change, happiness and unemployment rates of the population 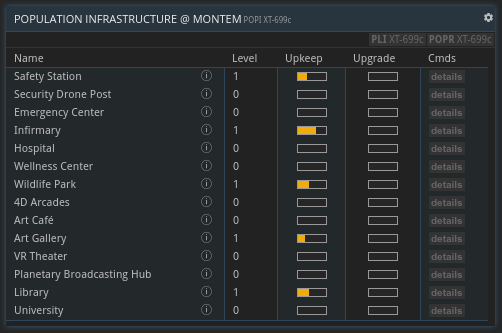 To keep a planet’s population happy and growing some infrastructure projects need to be build. Every workforce has their own needs and prioritizes different infrastructure buildings.

Population infrastructure has a constant upkeep that depends on the type of the infrastructure and at what level it operates. Lots of new materials and two new resources have been added and with them new ways of making profit!

Find out more about planetary populations in the updated handbook!

Any chance some of the things discussed over at Populous MAT Feedback and Discussion will make it into the launch? Or is that something that might happen later if at all?

Also, I’m sitting on a lot of SOC and EBS…will they be converted in some way to PCB?

Also, I’m sitting on a lot of SOC and EBS…will they be converted in some way to PCB?

They won’t be converted automatically, please let me know where you have SOC and EBS and I will convert them manually after the dust has settled! That goes for everyone else who has these materials as well, obviously.

Any chance some of the things discussed over at Populous MAT Feedback and Discussion will make it into the launch? Or is that something that might happen later if at all?

I think @Counterpoint did make some of these changes but I am not sure.

I added TRU to most higher-level buildings and also introduced the Drone Frame in WEL.

RIP Katoa. Once again, the butt end of the Universe!

Here are the new resource deposits: 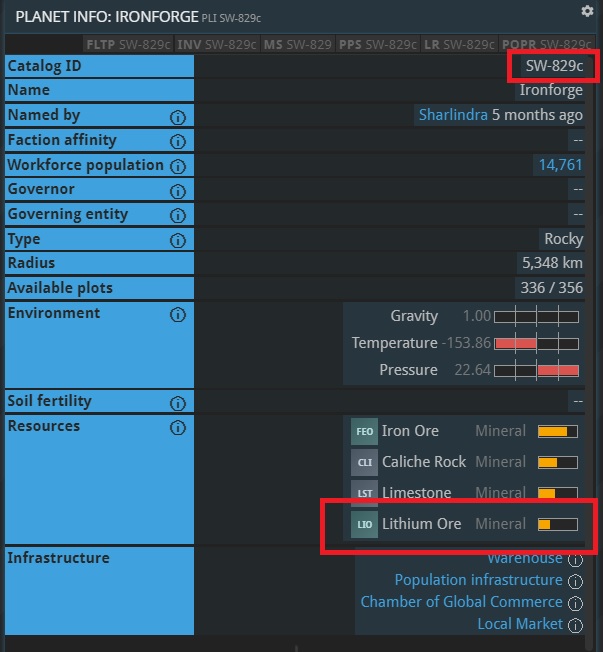 LI and BRM at one system, also CLI(to use with BRM). OP Prom sector buffed even more?

My EXT doesn’t allow me to extract it.

Thanks, we will look into that!

Wait, what do we do with all our MTC?

That should work by now, please let us know if it doesn’t!

We just noticed that the fix to update the resource availability in production caused other resources to disappear (one example being H2O and O missing from Electronica). We will look into this issue as soon a we can, but because @molp is out-of-office until Monday and we don’t feel comfortable messing with world data in a live environment without the key developer being present, a fix for this issue will have to wait until Monday.

In the meantime, if you discover similar issues on other planets, please add them to this thread and we will look into those cases as well.

Thank you very much for your understanding!

It seems my production time has doubled for all of my structures.

Documenting here in the forum thread —

Rain posted a txt comparison file for resources in the #general discord at 6:26 PM German time on Friday.

Thanks again for all your support and hard work on this release!!

It has been observed that at least some of the planets one jump from Promitor have lost their faction affinity. I see it on CR-740b and Apothecary. Have not checked other planets. Not sure if this was intended.