Promitor - State of the Planet #14

A little late this week due to extra-galactic commitments.

We are now 2 weeks post-grace on the happiness front, and the 4-week average happiness is starting to trend down again. 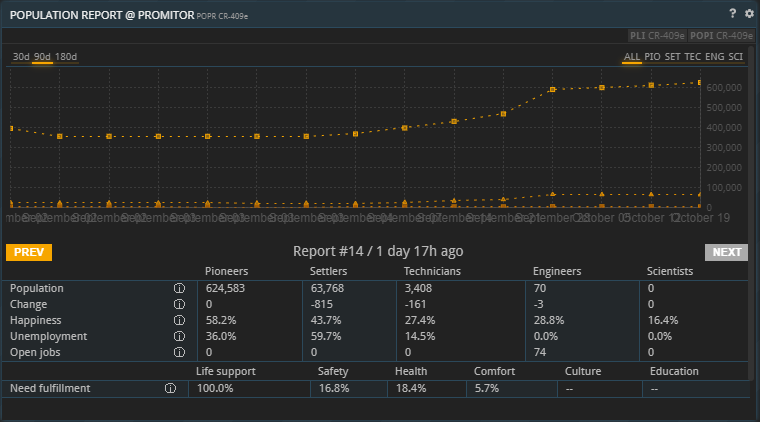 Overall, population shrank a little. Most populations still have a healthy buffer of unemployed scum waiting to fill the ranks of the proletariat. There are vacancies in the engineer population due to decreasing the bourgeois.

The Art Gallery is lacking MHP and HOG in the upkeep department. 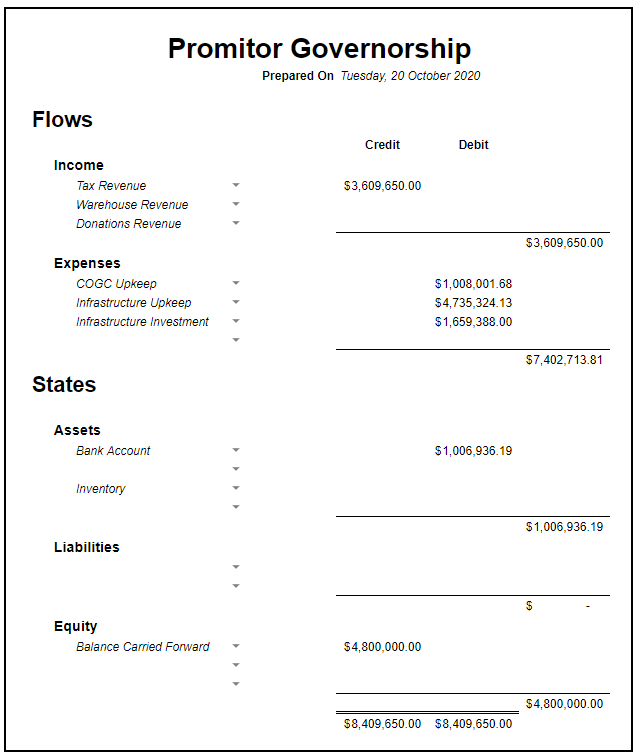 Down to our last 1m ICA now. All upkeep has been provided until after we receive the next dividend payment. This 1m should easily cover upgrading the Wildlife Park and Art Gallery.

Depending on how the population report is affected, I may need to increase production fees for future weeks.

Our current infrastructure focus is on achieving the following facility levels listed in order of importance: