Helium overmining has led to tragedy. Pris, Prism-like silicoid creatures for which the planet is named for, have been threatened by the actions of HE(Helium) collectors mining without concern for the environment due to the Pris’s delicate structure. The company, Two Guys and a Cargo Ship’s CEO, Imp, tried to setup a plan that would allow the HE collectors to collect without harming the delicate creatures, but was foiled by GTU member Azorth, who setup a Anti-Imp Trust fund.

“Unfortunately as governor I couldn’t stop HE collectors from selling cheap, environmentally unfriendly HE. What I could do is use the tax to form a Pris reserve on Prism, Montem, and Nemesis with the help of a certain individual.” -Imp.

Nemesis spokesperson Frostwood- "Nemesis abhors the destruction of the innocent creatures, and calls for a meeting of the Galactic Senate for the formation of a Environmental Protection Act to protect key resources from overexploitation. 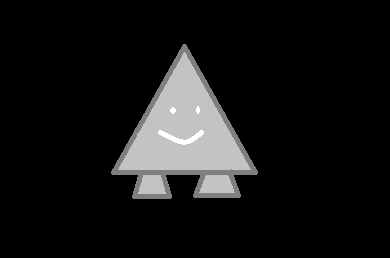 We can’t allow the same thing to happen to the Nitrogen-based lifeforms of Berthier that happened to the adorable Pris. We must mine only sustainable amounts of Nitrogen.

Our task must be to free ourselves by widening our circles of compassion to embrace all living creatures and the whole of nature and its beauty. - Some Science Man

I can’t make it any simpler. Overexploitation you would really be shooting yourself in the foot

Have Scientists discovered them yet?
Do they have a name?
Are they named Berts?

We don’t have scientists in the universe yet

this is just a denial phase!

Nitrogen based life discovered on Berthier

“These microbes present in Berthier’s Nitrogen atmosphere could produce a plant that could be used to revive a legendary drink thought lost forever when Earth was lost: Coffee. However due to the low concentrations of Nitrogen present in the universe care must be taken not to overharvest.”

Following the tragedy of Prism, Nemesis is working to prevent that tragedy from happening again, and is working on a Environmental Protection Act to prevent the overexploitation of rare resources.

Nemesis is trying to establish a monopoly on nitrogen by gaining control of Promitor and Berthier, the only tier one planets in faction space able to produce nitrogen. Allowing Nemesis to gain control of these two planets will give them absolute control of COF production.

Frostwood had COLIQ to join Berthier for Nemesis in an attempt to take over governing and control of aluminium and nitrogen resources after they believed the person they had sent there stopped playing. Frostwood, acting on behalf of Nemesis, plans to implement “licenses” to restrict the sales of nitrogen into the universe and believe they can not be stopped because of the lack of PP2 and L-fab production currently in the market to create new bases since they now have the upper hand in total votes.

Please reconsider your votes at Berthier under the facade of the new faction Environmental Protection, this is just a ploy to get you to vote for Frostwood and allow for Nemesis to gain control of nitrogen, similar to what CUOP did, although now there is little to no way to resist this hostile takeover due to the early start of the game.