Fix Both Populous and Deflation

I would like to (again) advocate for populous to buy upkeep from the governor or governing corporation. This would greatly incentivize the governing corporation to build infrastructure as an investment, source a diverse range of upkeep materials from other players, inject currency into the economy while removing a large variety of products from circulation. Ultimately this would make being governor a much more rewarding and interactive experience, and encourage players to develop planets and setup supply chains.

The current donation system is really not fun, and there seems to be very little incentive to build population infrastructure at all right now.

Why this is different than adding MM buys to inject currency:

The title might be misleading but read what Counterpoint is explaining in the latest devlog. 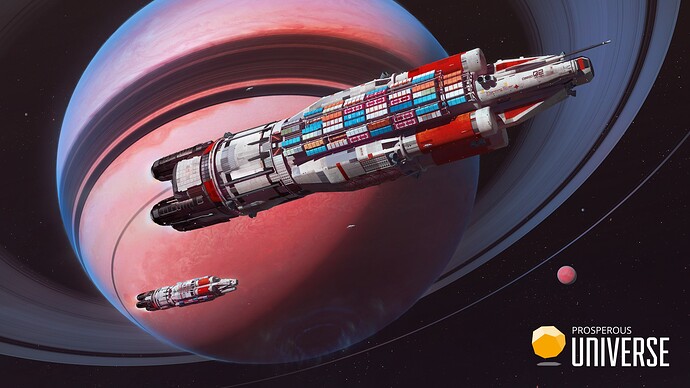 KI-448 has been officially named "Hermes"! Fabian talks more about a local government's role in infrastructure projects and Michi explains how data is managed in Prosperous Universe.

read what Counterpoint is explaining in the latest devlog.

The system already sucks, but now I am going to have the ability to build my own personal POPI and pay the local government for the privilege? Oh wow, just sign me right up for that experience!

The system already sucks, but now I am going to have the ability to build my own personal POPI and pay the local government for the privilege? Oh wow, just sign me right up for that experience!

Just a quick reply to take the edge off (I am out of office): Fabian is not talking about population infrastructure, but rather future infrastructure projects like space elevators, orbital ship yards, cx, etc etc and maybe even migrating the existing planetary projects into the “new” infrastructure. That way we would eliminate the donation mechanism and replacing it with a contract system that is controlled by the governor.

Finally a use for MTC

Thanks for the clarification. It’s good to know that I misread the context behind these changes. These all sound like cool projects that I would love to have, but I hope that a lot of thought is put into how they are implemented and balanced, and making sure that they integrate well with the existing game mechanics. I don’t think there is very many players who are happy with the state of populous right now, and given your limited resources I hate to see many months of development time poured into something that nobody wants or uses.