Well hold on a second, I didn’t propose any new rules to address this “rudeness” rant thing, at least not initially. I agree “politeness” is not a thing in trade; the OP should be read as a bit tongue-in-cheek. But gaming the system is a valid problem (admittedly not a huge one). It just so happens that using price ticks would probably address this issue.

The argument I would put forth is that this is an arbitrary amount of granularity. This works fine in a few markets, but poorly in most markets. A buy offer of 1500.01 is not meaningfully “better” than 1500.00, I still think this is tantamount to “cutting in line” and gaming the design of the system.

Lets say a player has a large volume order to place on the market (let’s say PE!) but has tight profit margins because of currently expensive inputs to make the PE. They calc an acceptable profit and place that order which is .01 below a smaller order. They are not being rude, they just want their returns to stay in the green.

When the market is PE, you’re correct. It needs the .01 obviously. And I don’t think anyone is arguing otherwise there. But this argument misses the target, and it weakens quickly in most other higher priced markets.

I really doubt that the situation above is what’s taking place in the vast majority of cases, too. Most of the time it’s the line-cutting/gamey behavior, at least in the low-end markets. You can tell because these .01 “better” offers will be placed by the same companies at drastically different prices within a short period. It’s clearly not based on some detailed calculation.

Another way you can tell is sometimes you’ll see 500.02 or 500.03 placed clearly to cut in front of an existing .01 or .02 order. Surely we’re not going to argue that people posting at those prices did some grand calculation and they’re only profitable at that particular price? (Anyway there’s nothing stopping them from putting their order 2nd or 3rd in the order book at a price like 501 to stay in green.)

Any penny war between individuals is simply because you want to be front in line and get your order filled first. Being first has value, otherwise people wouldn’t spend time doing it.

This is why I think there should be enforced granularity. You want to be first? You must sacrifice something meaningful. This is why PE and SF are the two healthiest markets in the game.

i suppose one could just use an LM …

I think it would be neat and simple to have 3 sell buttons:

well and custom sale for entering the exact price as before, for those who want to fiddle with it.

Oh those would be great.

atm it’s 0.01, but can be whatever is decided in the tick discussions.

That could actually be a nice compromise. The minimum increment remains 0.01, but the default tick for the “List at next tick” buttons is 2.5 sig figs or similar. So you can be lazy, or you can type in a precise amount.

Not sure it would fix the pain entirely but it would be an improvement.

Since this discussion has come up, and a lot of people have been exposed.

I’d just like to say that in the higher end markets, with experienced players… this problem is almost entirely absolved. People cutting in line will actually make meaningful changes to the price. Because they know that is what’s necessary to convince someone to match that trade. Simply being “first” doesn’t matter, providing enough value with the order is all that does. So on stuff like DDT or high end agri or high end fabs, you don’t see people playing penny wars. You’ll see 1600, 1700, 1725, 1775, etc. Meaningful jumps simply by people understanding the incentive structure.

On the more liquid “simple” pairs like fuel and food, being first does have meaningful value in those markets and the absolute price of being first is far less relevant.

I don’t think the easy-click buttons would solve it. Maybe they do but I dunno. I understand why new players do theses actions - a couple bucks makes a world of difference. I think it’s ownerus to us larger\ older players to be mindful about the impact of th e large orders we place. I’ll intentionally list @ the same price of someone with a far smaller quantity to make sure they get filled before I do. But if I need to mark up or down the price of something, I’m not ashamed about meaningfully moving the market.

I do the .01, will continue doing .01 because I want my product batches sell fast. If I dump 400 L-fabs into market as a single order I will crash the market.
Do the same for buying, If i bid 1000 above last order, i fluctuate the market too much.

Constant Rebidding of .01 was solved in EVE by adding higher broker fees. PRUN can do the same, so next time i do .01 i will think twice before rebidding another .01 when someone goes above me. Also EVE forces you to have just one buy/sell order per item and modify that, instead of posting a new one, incurring fees each time you modify. In PRUN you can have multiple orders on the same item with different prices.

You can solve the problem with reducing the tick sizes, rather than implementing broker fees which incur a deadweight loss to the economy - especially for new players.

to combat inflation, there has to be a sink, right now there are too few sinks.

Elon to the rescue! 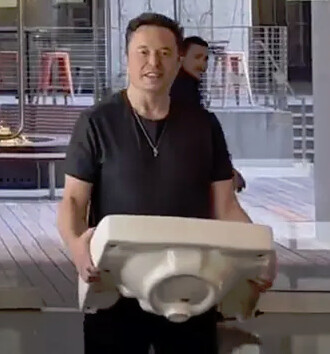 I’d just like to say that in the higher end markets, with experienced players… this problem is almost entirely absolved.

Yeah the OP was entirely directed at the lower end markets, I haven’t even looked at the higher end ones to have anything to say there.

Not sure how I feel about being limited to a single buy/sell order. I have a feeling that would actually increase volatility quite a bit. It would probably eliminate some of the more extreme offers that are not near current market prices, but those offers act as a buffer for times when supply runs high or low, so they combat extreme swings in price. (Although I’m not really opposed to price changes, that can be fun to see and analyze too.)

Anyone genuinely concerned with crashing or influencing a market (I don’t think I would be) can place multiple smaller orders at prices that are better on their end (further away from market prices). Posting a meaningless .01 price delta so your order sells faster to ‘avoid a crash’ is just rationalizing cutting in line.

Edit… Actually I don’t see why a large order which is placed at a significantly different price from the current ‘best’ price would crash anything, if anything it would stabilize the market at that price more.

I’ve been making the tRanSitOry iNflAtiOn joke for months now. Strongest in some of the mid-tier intermediate products.

I think there are good places to sink excess currency, but that ain’t it. Like I said it imposes too much of a deadweight loss on the economy, and it unfairly hits new players. New players individually aren’t the source of inflation. It’s people farming EDC (and other mm’s which are insanely overpowered and I can’t believe they haven’t nerfed them yet).

The deflationary mechanisms need to target the largest players.

But also do understand, the universe is growing, and some degree of inflation is necessary as the GDP grows. So far this has roughly been balanced out with only “minimal” inflation (20-80% depending on who what when where).

I think there are good places to sink excess currency

I always wonder when an idea of a currency sink comes in: Why bother? If inflation is a problem, why not just reduce inflation by lowering MM buys instead of adding another mechanic on top of it? Much less development effort for the exact same result.

Of course I’m not talking about “money sinks” as in “stuff to do endgame”, but economic sinks for deflationary purposes (just clarifying because I’ve seen it used for both concepts).