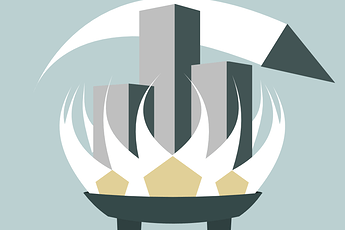 Arclight Frontier is centred around Ementior(AM-783c) 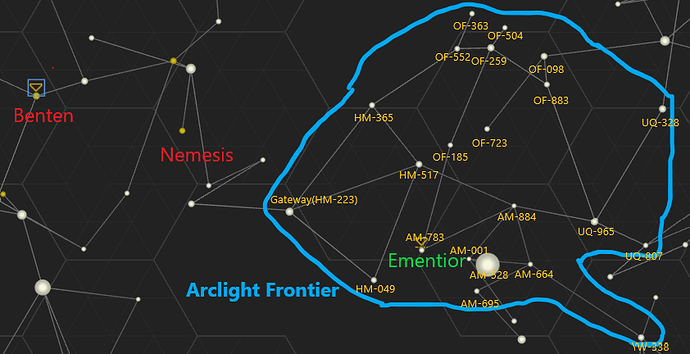 Like Montem, Ementior is the only tier one world to have ALO and LST on the same planet, which allows construction of tier one and two buildings, and also allows expansion to other worlds.

Ementior also has a nearby fertile world in HM-049b, two jumps away, which also possesses Silicon, needed to make glass.

Participants: Currently, Frostwood, Haestrom
If you want to be listed please post below and I will add you.

For the CX contest, Rather then 300 discords I’m going to work from the Ementior section of the UFO discord. Unified Faction Operations is the discord- type in !join Ementior in the access-request section of the discord, for those wanting to co-ordinate.

People have been asking how to help. I’ve separated the settlement plan into phases for HM-049b and Ementior.

As both Ementior and HM-049b have local markets, these initial buildings will allow the expansion needed to form fully functioning bases.

Warehouse- As brought up by Haestrom this will be need to co-ordinate Local Market orders without a CX and for HM-049b to sell it’s DW/RAT/SIO/GL/C.

Phase 3
ADM - This will be needed to establish a stable government and maintain the planetary infrastructure effectively.

COGC -mainly for points, but also for the production benefits.

Other things that will help:

Settling bases on these planets will help with our score with the added population, and allow better maintenance of the existing infrastructure. Occasional contributions to the planetary projects outlined above will also help.

Now that Registration is confirmed Development logs will begin: