7 Birds One Stone - The first component of endgame - WARPGATES

And before you say it… no this is me not really caring if it’s “realistic” or “part of the lore.”

But a big issue newcomers have when they get into the game, is the amount of time it takes between jumps. They would like to get their base off the ground right now… flying… and doing things…

I will admit, that imo, this is probably a #1 issue I have with this game.

This puppy can take your ships from Benten station to Katoa in 5 seconds flat!

See… after you get all the monies as a end game player, and built a big megabase spegget, you are kinda like… now what? It’s also an issue that plagues corporations… There is no really big reason why someone would join a corporation… UNTIL NOW.

Slaps the hood of the warpgate

This thing would be built by corporations as a massive “super structure” build, and then charge people tolls to ride it. How we would balance out so that people just don’t use the warpgates all the time, is the warpgates would have to be “pointed.” So veteran players would sorta guide newcomers as to the routes commonly taken.

The cool thing about it too, is that like a train station, we could have multiple warpgates, and everyone would pay a toll to use the gate. So it would be a similar price structure to flying STL & FTL, but it would allow newcomers a much more “faster pace” startup. And it would also allow corporations to point themselves into a massive vanity project that would help the galaxy.

I would approach this concept with some Sci Fi:

1.Warp gates could be placed only on the outer edge of the star system, due to their gravitational distortion
2.Your ships still would have to fly using STL from that location to whatever is your destination.
3.Same applies when approaching such warp game for initial travel.
4.Queue system just like in sea ports or Love Death Robots Beyond The Aquila Rift
5.You would have to pay a fee to whomever is operating it

We don’t need every new player clogging up some warpgate just to get their 10t of goods to the CX because they need to have an instant win as soon as they start the game. Part of the attraction of the game is that there is no need to be on call 24/7 to manage your base or update orders, sure the slower pace can be annoying at times but it adds to the relaxed pace of the game.

Ships can go faster, you just need to work on building up a bit of cash to pay for the upgrade.

We don’t need a warpgate that takes away our ships and makes us pay for the experience … kicks warpgate to the curb.

Interesting idea, Sea Pear, but I agree with Comrade Romanov that they should only be used for inter-system travel (not for getting from Capital Planet to CX). Also, transit times could be significantly less than normal Jumping, but not the “5 seconds” mentioned in your sales pitch!

Warp Gates would make STL-only ships actually useful, to the point where the Starting Package could include 1 medium-size STL ship & 1 small FTL ship. That would mesh well with proposals for Exploration, too.

But Warp Gates would [eventually?] diminish the regional differentiation which is a cool aspect of the Game. Making it too easy to zip between CX’s would homogenize the regions, which would be boring.

Making it too easy to zip between CX’s would homogenize the regions, which would be boring.

This is a very important part here. Probably the main issue anyone should have if they had any.
(

no longer replying directly to Konvolut

)
Sure, you could say we should just increase usual CX distances, but at that point the upside of the gates being stated, faster travel CX->CX, is negated again. And I very much agree that there should be a severe cost to travel from faction to faction. So I guess the main disagreement here is not with warp-gates, but with the goal they are supposed to fulfill.

A different implementation might be interesting (although I don’t know how to logically incorporate it into the game) where warp-gates can only be built outside of faction space to facilitate a better network of resource-dense outer planets. This would fulfill the same end-game extension as Sea Pears original proposal without reducing regional differences, and it makes far-out planets much more worthwhile than they are now (which is something many people want: reasons to colonize planets beyond those close to CXs).

Yes, you will still need to fly STL-wise. But these trips to an orbital platform like a warpgate would be marginal… Say… 1-2 hours?

I think people would see it as reasonable. And I even thought that although they are warpgates, the travel time still exists… say… 30 minutes?

I would say… That you don’t need to be on call… FTL is still available for you, nobody is forcing you to take the warpgate…

I wouldn’t say that anyone would be clogging it up… I’d say there could be a queue to use it… But it would be like taxiing an airplane… that wait would be minimal.

I would even dare say that Maaaaybe warpgates have a tariff on certain goods, or that certain goods could be prohibited by the corporation that built the warpgate from going through said warpgate.

I think the big thing here with this is really to get an endgame going for corporations, and to speed up the newcomer experience. Both things… that if tackled, could see this game explode in popularity.

If this warp gate was made as an orbital structure pair then I could see an argument for it being able to reduce travel time/reduce damage on ftl to remote systems (outside faction space). Your initial proposal was too much of an I Win, but if there were more practical reasons for providing such a link so that it benefits expansion into the wider universe.

In terms of warp gates making the game more appealing for beginners, I don’t think they will have this effect.

Most of the complaints from starting players are about production taking too long, rather than travel times. Also, most of the main starting planets are in the same systems as CXs, so speeding up FTL travel won’t change much for a typical beginner farmer on Promitor or constructor on Montem.

Note that I’m not saying warp gates wouldn’t be a good addition to the game, if they can be balanced well, just that they wouldn’t make any difference to the initial player experience.

I got confused in your original post. I thought the main issue was the long time between “jumps”, implying FTL and I interpreted this as enabling CX->CX warp gates (which is on me, not on you).

But then you said:
“This puppy can take your ships from Benten station to Katoa in 5 seconds flat!”
…which made me realize you are not thinking exclusively about those long CX->CX flights (again, that was on me).

I might be ok with warp gates only being able to be used within/to destinations in the faction they are in. That would enable your idea and my idea in one fell swoop, all while not negating faction differences (it might even increase them, which I think would be good).

So never mind my invalid criticism

Limiting Warp Gates to systems which are in the same Faction Space might eliminate the problem of CX Homogenization that I raised earlier. But IIRC, Systems aren’t nailed into a “Faction” (Planet Faction depends on the Gov, which can change?), so there might not be a good way to define “System Faction”; and worse, if it can change, this can’t work at all.

OTOH, I’d like to see more clear competition between Factions; it would open up more Story lines, which IMO is a weakness of PU. First step would be to block Players with a Base in one Capital System (say, Moria) from building a base in any other Capital System (say, Hortus). (Sorry, OT…)

Systems to my knowledge are nailed into factions. Planet faction does not change regardless of who is governor (see Etherwind, has gov but no faction).

You are probably thinking about stuff like what currency taxes are collected in. That is dependent on the governor I think, but only on factionless planets.

Something similiar is being worked on.
Its called Beacons.

Sit back and relax.

Found this for reference: 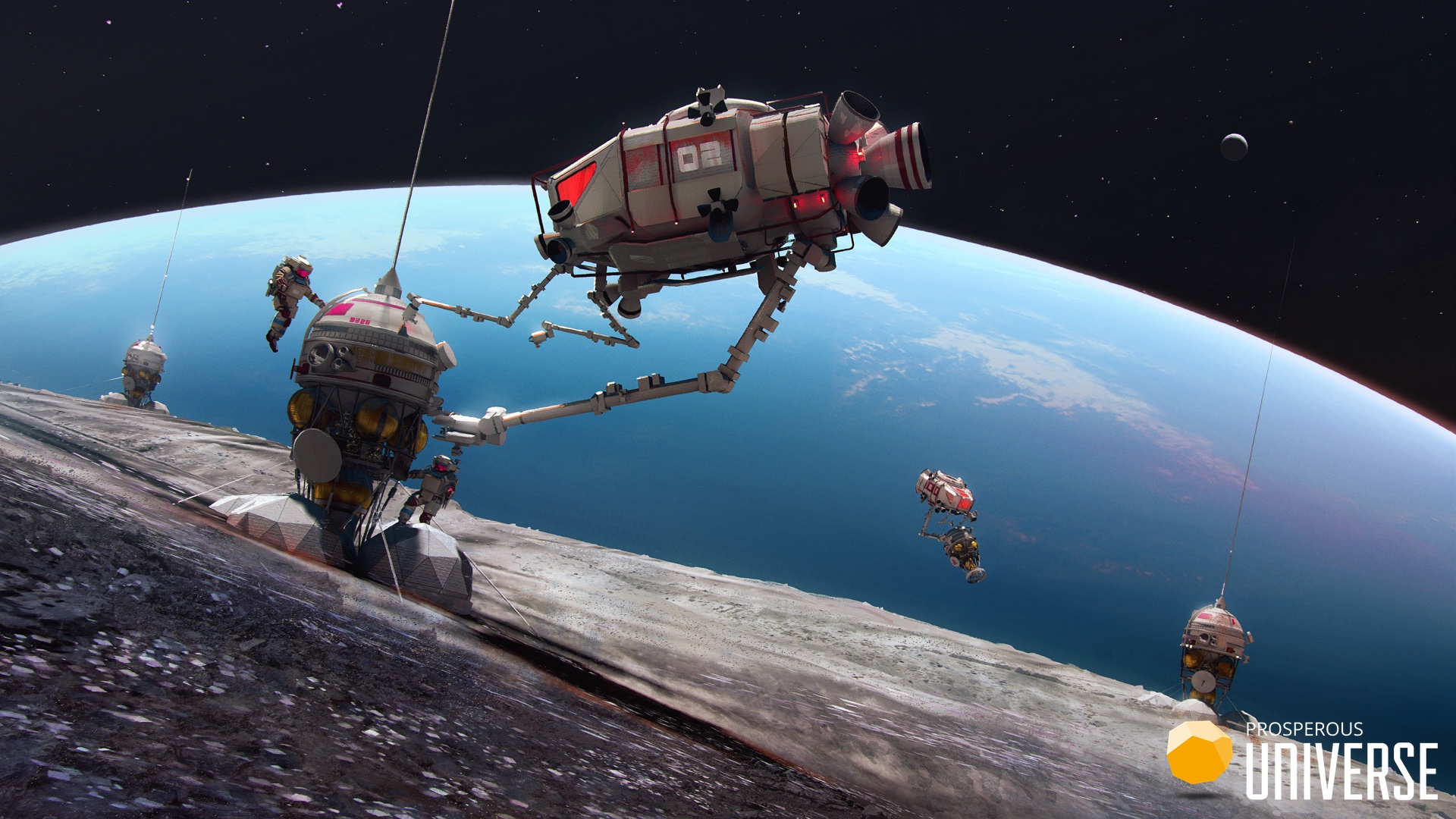 This week Fabian spills the beans on beacons, Michi gives us the rundown on resource concentrations, and Nick talks tutorial remakes.

Beacons and warpgates would fall in the same category, which is to slightly improve the efficiency of travel legs. If they are cheap to build, everyone will build one, which makes them kind of pointless. If they are expensive, they will enter in the category of natural monopolies. These are bad from a gameplay point of view because it grants the owner the right to charge as much as they want as long as it’s cheaper than the other alternative, but not too much to create competition.

If the goal is to get players started quicker, then having 1 of their ships on the CX and the other on their home planet would fix that because they would be able to buy materials right away instead of figuring out they need to send a ship to the CX and come back 12 hours later. It also removes the empty cargo feeling that you get on your first day when you don’t have access to the LM and you feel like you just burnt 10% of your starting cash in fuel, because you don’t realize that your ships are worth millions at that point of the game.